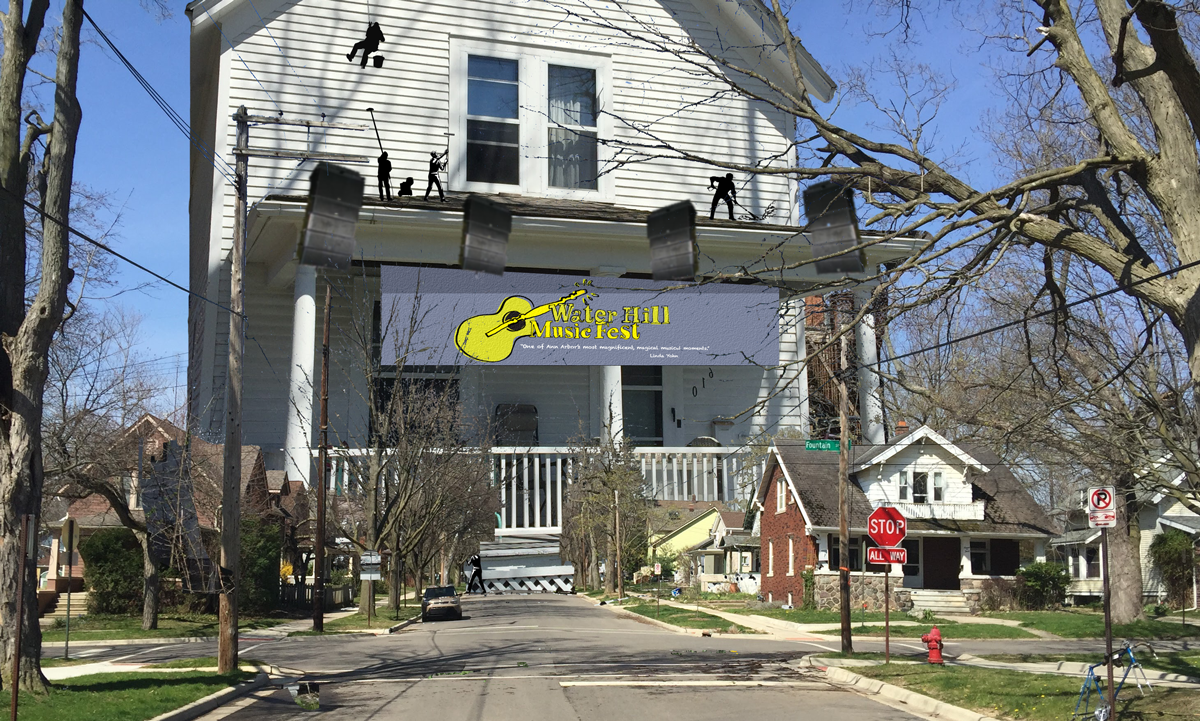 Overly serious, white, mostly male music lovers in Southeast Michigan received exciting news today when Ann Arbor’s Water Hill Music Festival announced that alternative musical group Radiohead would be headlining this year’s festival. The festival debuted in 2012 and has traditionally been a grass roots and decidedly non-commercial event featuring Water Hill residents playing and singing on their front porches and in their yards.  Now the festival has reached a turning point as it seeks to grow beyond its humble beginnings.

“I’m sure people will say we’ve sold out, that we’re just raking in a bunch of cash for our own selfish purposes, that this has become all about the almighty dollar,” said longtime Water Hill resident and festival founder Jim Robertson, with apparently nothing more to add.

Food and beverages have never before been offered at the festival, but that too is changing. Concessions will be handled by Killan, the same group that manages concessions for other major events and venues in Southeast Michigan. Accordingly, a large Budweiser or Heineken will be $27.50. A small plastic cup of wine will be $29.50, and a sad water-logged greyish hotdog will be $18.50, though a more appetizing version can be had for $5 more.

In addition to gaining big-name acts, the festival is attracting major corporate sponsors, the reason behind its transition to a new name for next year’s event in 2017, “Domino’s Pizza’s ‘Rock the Hill’ Festival.”

“There’s no doubt that Hiscock will be … throbbing with excitement”

As usual, much of the action will take place on Hiscock Street. In fact, Hiscock has been enlarged to make room for the erection of a large stage crafted in the form of a front porch in keeping with the festival’s theme. Given this year’s bigger crowds, some residents are worried that Hiscock might become engorged with spectators creating a massive logjam and resulting in a potentially messy incident. Festival president Blanca Hamilton says the worries are overblown. “There’s no doubt that Hiscock will be absolutely throbbing with excitement,” she said, “but we have a firm grip on [the situation], and will be working it diligently.”

The new direction has certainly proven popular with local music lovers: tickets went on sale earlier today and sold out within a single second according to festival organizers. It is less popular with the Water Hill residents, who’ve previously been the only stars of the show.

One controversial aspect of this year’s festival is that some ticket holders will have access to local homes. Residents near the main stage will be required to vacate their homes during the event so that the festival’s “Platinum Porch Supporters” will have a place to stay and enjoy the show. Some of these residents are crying foul, but are fighting against a little known aspect of eminent domain that allows cities, neighborhood leaders, and alpha males to take temporary possession of homes when they determine it is in the economic and cultural interests of the community.

Robertson dismisses the critics as jealous for attention: “It’s sour grapes. These folks are just upset because they’re not the center of attention anymore. Now they’ve got some real competition. If they really want to be the stars again, they should stop whining and start practicing.”

“All joking aside, the Water Hill Music Festival is a truly great event and one which the Sentinel endorses wholeheartedly. 2016’s event took place on Sunday, May 1st from 2pm – 6pm. See http://waterhill.org for more info.”